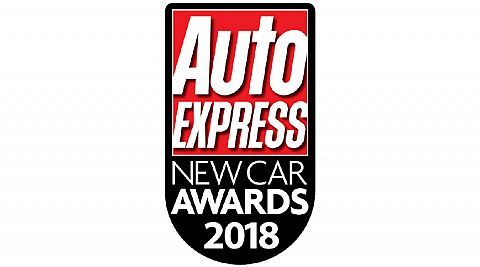 Volkswagen win a trio of trophies in the annual Auto Express Awards!

The motoring title’s Compact Family Car of the Year has been awarded to the Golf, Volkswagen’s biggest selling model to date. Steve Fowler, Auto Express Editor-in-Chief, commented on Volkswagen’s victory by saying: “After more than 40 years and seven generations, the Volkswagen Golf has been honed and evolved to the point where it’s still the undisputed king of the class.”

The 2018 Auto Express City Car of the Year class has been topped by the Volkswagen Up! Steve Fowler commented on this win and said: “New city cars have arrived on the market over the last 12 months, but none has managed to knock the Volkswagen up! off its perch. It remains a strikingly grown-up little car that’s affordable to buy and run, great fun to drive, and offers a clever approach to in-car connectivity.”

Completing the brands' hat-trick of victories, the Volkswagen UK Marketing team’s ‘Born Confident’ advert for the new T-Roc has claimed the respected weekly motoring title’s trophy for Integrated Advertising Campaign of the Year! Steve said of the T-Roc campaign: “Our judges felt the Volkswagen T-Roc’s ‘Born Confident’ campaign resonated with the audience and was very well executed.”