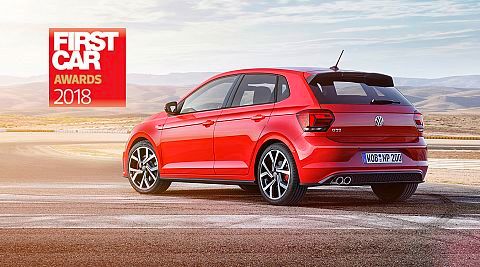 The Polo has been named ‘Safe Car of the Year’ at the inaugural FirstCar Awards, held this week at the renowned Royal Automobile Club, Pall Mall. It is not the first significant accolade to be presented to Volkswagen’s perennially popular supermini since the latest generation went on UK sale last October.

“It has earned a five-star rating from the safety experts at Euro NCAP, achieving the highest score for any car in its class. We're delighted that so much safety equipment and driver assistance technologies are included as standard, including City Emergency Braking (Volkswagen's autonomous emergency braking system) which is a standard fit across all Polo models.

As part of its latest round of comprehensive crash tests, industry safety body Euro NCAP (European New Car Assessment Programme) rated the Polo the best performing in the supermini class with a five-star rating and an overall score of 96%. In the same set of tests, the T-Roc and Arteon also scored the best results in their respective classes, with identical scores of 96% overall.

The main focus of the new sixth-generation Polo is a major increase in cabin and luggage space within larger external dimensions alongside the debut of new engines, sharper design, new ‘big car’ assistance systems, the application of a new generation of infotainment systems, and the global debut of the second generation of Volkswagen’s Active Info Display.

The developments in Polo – which has found a home with more than 1.4 million drivers in the UK over the last 42 years – also reflect a new level for assistance systems in the supermini segment. Technologies such as City Emergency Braking with new Pedestrian Monitoring function, Adaptive Cruise Control, and Blind Spot Detection significantly improve safety.

Contact our sales department on 01202 713000 for more information and to book your test drive.

16-12-2021 Pricing for the Volkswagen Multivan has been announced, with the all-new model…
Read more >