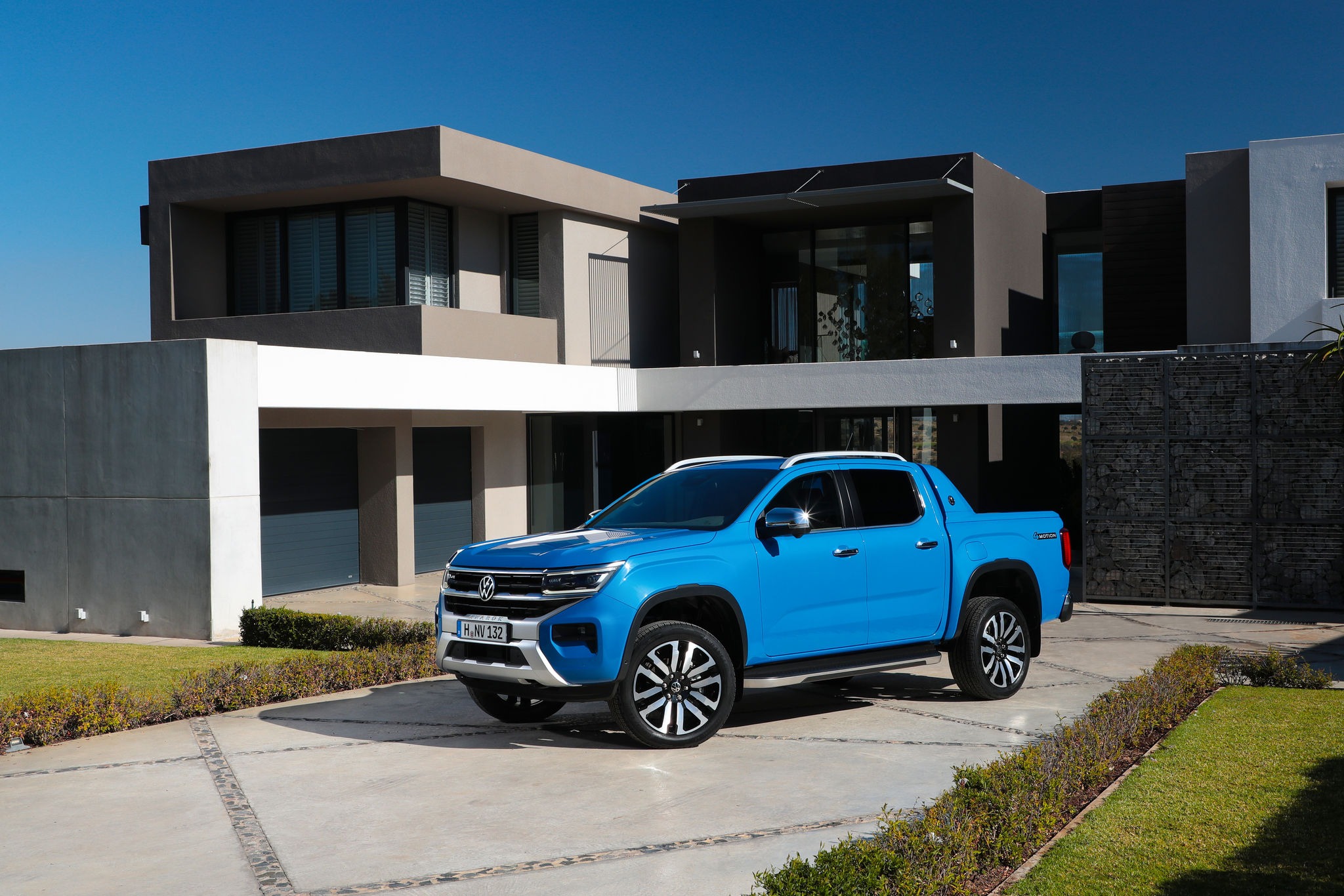 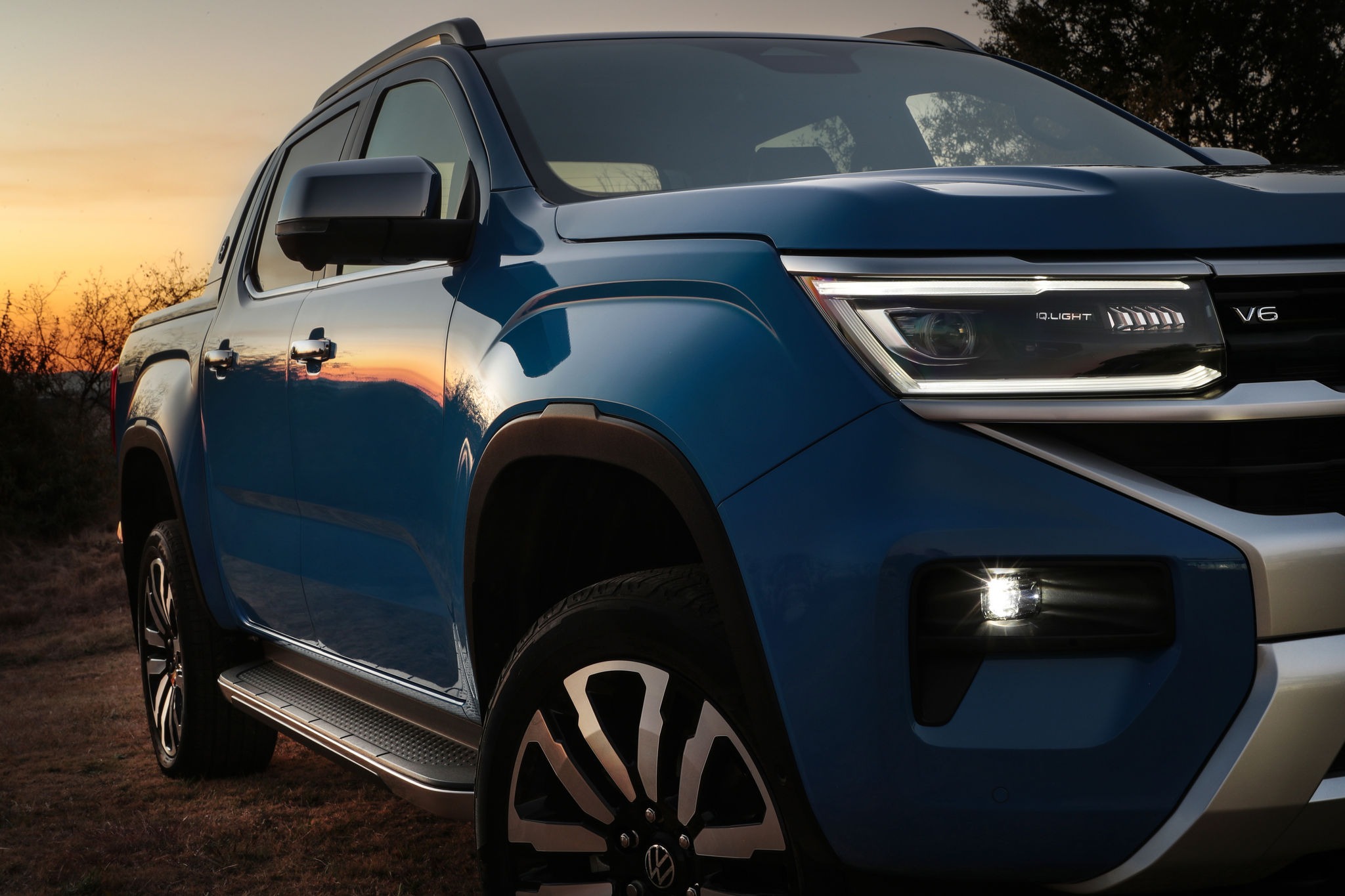 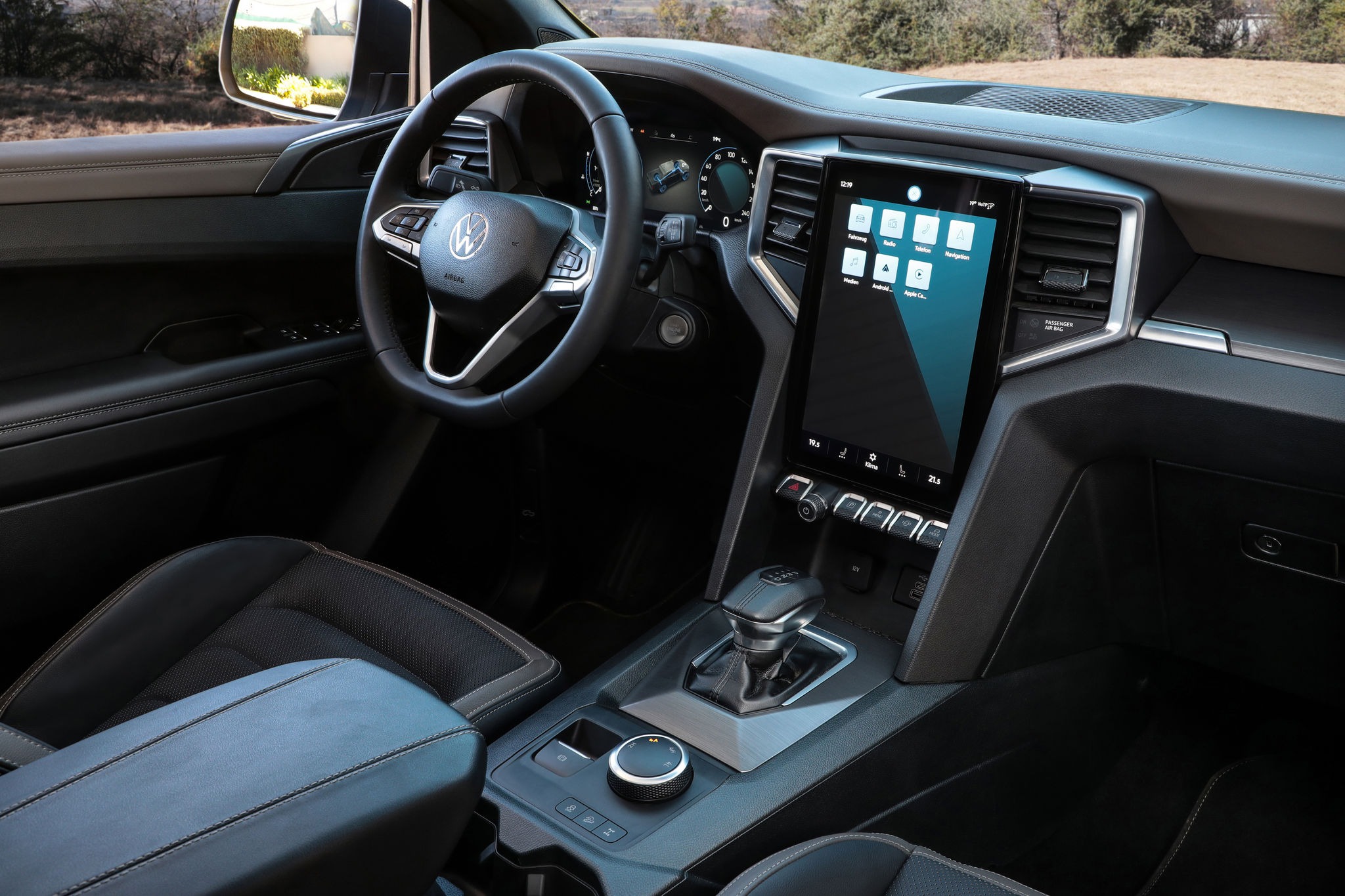 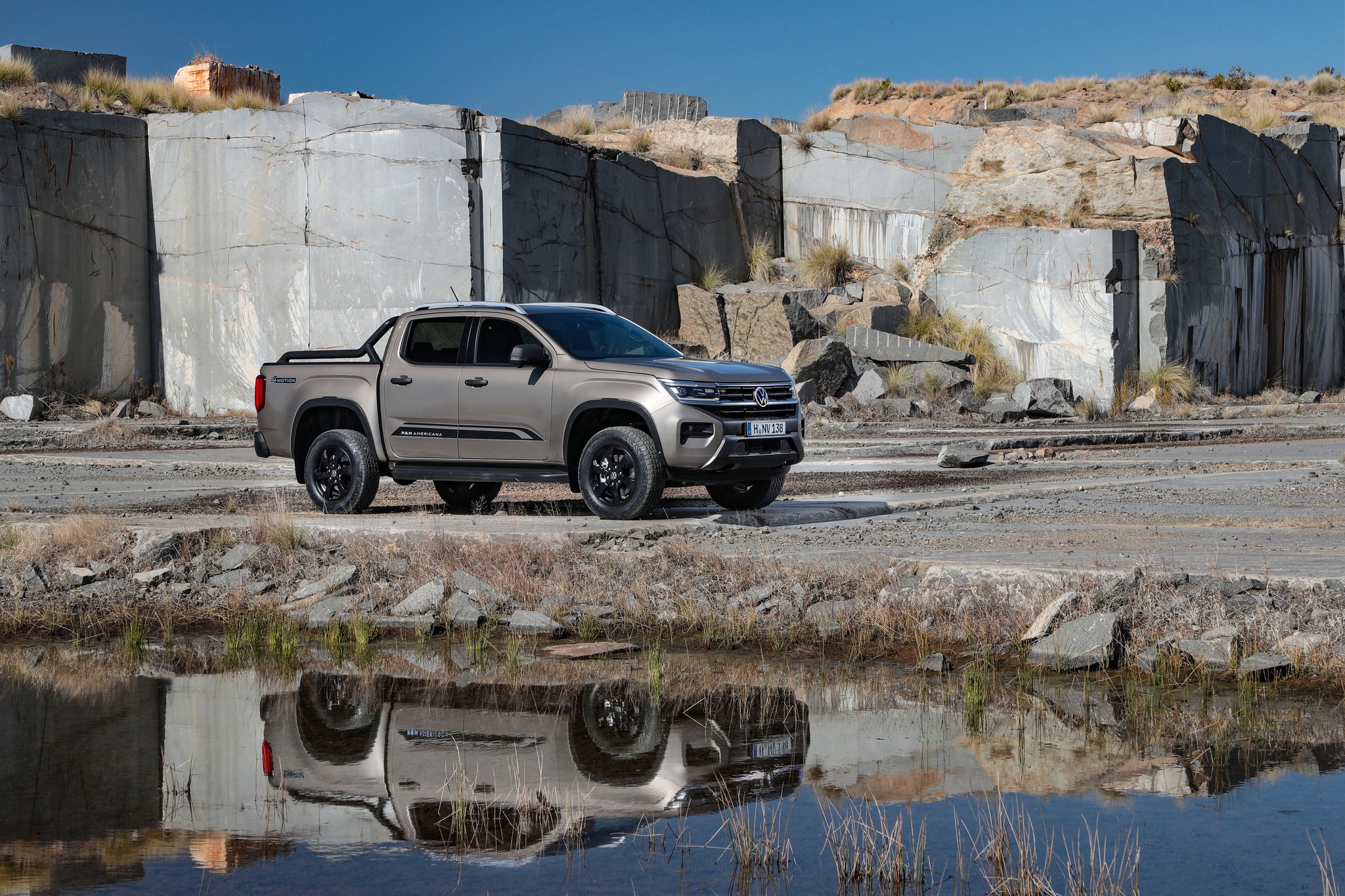 The new Amarok had its global premiere today and it looks great!

The premium pick-up is set to go on sale at the end of this year in five specs: the Amarok base model plus Amarok Life, Style, PanAmericana and Aventura.

A new design for a new chapter

The new model is bigger, more powerful, more athletic and more charismatic than previous versions. The PanAmericana, Aventura and Style feature an IQ. light LED matrix which has an unmistakable design and lights up the road as bright as day. The wheel arches are half-round and the wings above wheels of up to 21 inches have a powerful look.

At 5,350mm, the new Amarok is 96mm longer than its predecessor with a wheelbase of 3,270mm representing an increase of 173mm. This all adds up to more room than in the past, especially for the double cab’s second row of seats. The shorter body overhang creates sharper proportions and improved off-road capability.

As for the interior, the Amarok has a range of digital displays and a contemporary tablet-style touchscreen infotainment system, which links with Google Android Auto and Apple CarPlay. Digital controls and robust push/rotary switches are easy to use, and further touches of luxury include the Harman Kardon sound system and a leather-look instrument panel with elegant contrast stitching – both standard in the PanAmericana and Aventura. The driver and front-seat passenger sit on ergonomically designed seats which, in the higher specifications, can be adjusted electrically. The rear of the double cab version also offers plenty of space and comfort for three adult passengers.

Ample Cargo Room up to 1.16 tonnes

In line with the Amarok's high load capability, the maximum payload has gone up from a tonne to 1.16 tonnes. The cargo box can also be secured using an electrically operated roll cover, which can be opened and closed from the cargo box itself, from inside the vehicle or by the vehicle key.

Further features for the cargo box include a bike holder, a multifunction carrier system, a manual version of the roll cover and a choice of styling bars. There will once again be a hardtop for the cargo bed, with which the pick-up effectively transforms itself into an SUV with the load capacity of a van.

Off-road qualities can be optimised by a bull bar, underbody protection elements, all-terrain running gear, eye rings for hauling and a snorkel on the A-pillar for supplying the engine with fresh air when driving through water.

The Amarok will be launched in the UK with four turbo diesel engines – all supremely efficient and with high levels of torque.

An armada of assist systems also makes the new Amarok more effortless to drive than almost any other pick-up in the world.

Prices and specifications for the UK will be confirmed closer to sale date. Please call your local Breeze Van Centre for more information.